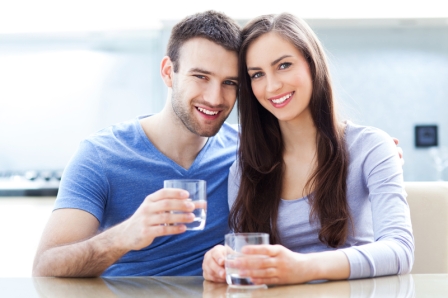 Despite of the extended habit of refilling bottles of bottled water, this type of packaging hasbeen created and designed for one-time use only. Many myths talk about whether reuse bottles is healthy or not.

One of them, frequently found on the net, exposes that the plastic of the bottles, in a repeated use, can release toxic and unhealthy components. Ana Troncoso, professor of Nutrition and Bromatology at the University of Seville, explains that reusing plastic bottles does not entail a risk for the health security.

According to the experts, the real risk of reusing plastic bottles is microbiological. As the bottles are thought to be a packaging of single use, the damage on the bottle after several times of reuse it might cause breakings in the plastic, one of the favourite places of bacteria. Besides, unless bottles are regularly washed, the reuse of plastic packaging leds to a bacterial pollution,with microorganisms coming from our own mouth, hands or by environmental exposure.

In this sense, the distributor companies of mains-fed water coolers are in accordance with current laws to guarantee the quality of water they supply to the final user.

Emerging countries: the engine of the bottling water industry

After several years of stagnation, the bottling water sector experienced a moderate increase in 2014, an upward trend that the experts relate to the image of healthy drink of the water.

Although in the occidental countries the belief that the consumption of bottling water provides several health benefits is widespread, this is just one of the causes that prevent to the sector of experiencing great rises in countries such as Germany, Italy, France or Spain. According to a study elaborated by the consultant Canadean, the emerging countries will launch the growing trend of the sector in coming years. While the occidental countries are thought to maintain the growing annual tax of 1% among 2015 and 2020, countries as India, China or Brazil will present increases by 21%, 12% and 8%, respectively. According to the report, it is foreseen that China and India represent around 50% of the global consumption of water in 2020.

In these countries is where a greater increase of bottling water consumption is foreseen, and in which the growing expectations for the water dispensers and drinking water fountains of water are higher.

Canaletas is a family company founded in 1965 which focuses its activity on designing and manufacturing different kinds of drinking fountains and water coolers, and also commercializing water filters. It has more than 50 different models adapted to the requirements of the customer, as drinking water fountains for companies, factories, home, schools ... etc. Placed in Barcelona, the company has delegation in Madrid and an extensive network of distributors covering the entire country. Canaletas is also present in Europe, North Africa and Middle East countries.

Nowadays, Canaletas is the most experienced manufacturer of water coolers and drinking fountains in Europe and is characterized by its innovative spirit, which is represented by  numerous patents registered during its 50 years of history. The company, now run by the second generation, is known for the quality of its products that stand the test of time and have a longer "life cycle" than most of the other water coolers and pressure fountains on the market.