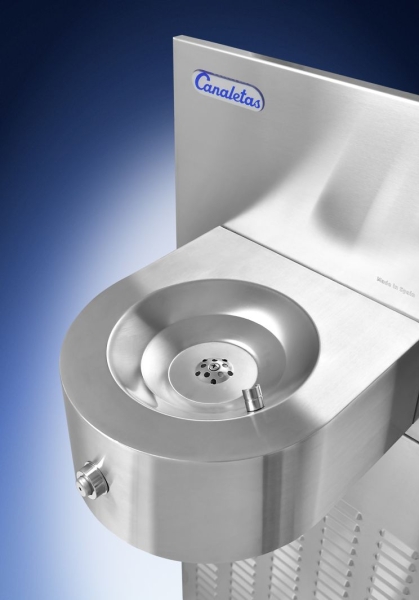 The market for water coolers in UK reaches 109 million pounds

The market for water coolers in UK leader in number of installed water coolers, reached a value of 109 million pounds in 2012. This figure was lower than in 2011 (115 million) which is expected to continue to decline this year and next, but growth prospects for water coolers are positive for 2015, when the market will grow by 0, 6%. These are the predictions of Zenith International for the water coolers market that were presented at the annual conference of the British Water Cooler Association, an organization representing the industry since 1989.

Good prospects in the UK market for water dispensers match Canaletas consolidation in the mature UK market. Given the wide implementation of water coolers and drinking fountains in this country and the price competition and performance of existing coolers, the effectiveness of Canaletas R + D + i  in developing adequate water coolers for this market has been crucial in this achievement.

Canaletas  is a family company founded in 1965 which focuses on designing and manufacturing all kinds of drinking fountains and water coolers, along with the marketing of water filters. It has more than 40 different models adapted to the requirements of the end customer, as water coolers for companies, factories, home, schools ... etc.. Headquartered in El Prat de Llobregat (Barcelona),the company has offices in Madrid, Andalusia and the Basque Country, as well as an extensive network of distributors covering the whole country. In turn, is also present in the European Union and exported to many different areas.

Currently, Canaletas is the most experienced manufacturer of water coolers and drinking fountains in Europe and is characterized by its innovative spirit, this can be seen by the numerous patents that have been registered throughout its 45 year history. The company is now run by the second generation and is notable for the quality of its products that stand the test of time and offer a "life cycle" superior to most other coolers and drinking water fountains on the market.