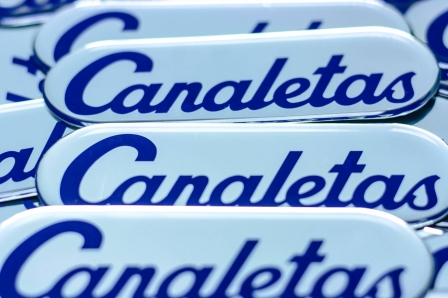 The design in the bottled water and water coolers industry

Every time more and more bottled water and water cooler companies give more importance to the fact that their products have an attractive design. The concern regarding the design of the bottles and drinking water fountains has lead to a qualitative leap in the industry, rewarding  the companies that have made efforts towards this direction.

The Canadian designer Francis Cayouette, for example, has achieved a hybrid between the traditional pitcher and a modern bottle, using seaweeds as raw material. Another example is, the company Skipping Rock Lab that has created Ooho, a gelatinous membrane made of seaweeds that can be used as a water package.

Canaletas is considered an innovative company and for this reason the company invests constantly into the R&D department in order to launch new products on the market, innovative in both its functionality and its design.

Health trends in the water market

According to the Spanish National Association of Bottled Water Companies (ANEABE),Spain holds the fourth place as a world producer of bottled water after Germany, Italy and France.

Although the bottled water and water cooler industry has been affected by the current context of economic crisis, according to experts now it is growing. According to a report published by Nielsen, company specialized in marketing research, the water market segment has shown approximately a 2% growth, especially the flavored water segment, that even though it represents only 1,8% of the market value share, it reaches a growth of 42,5%.

Regarding the market of sparkling water, the consumption in Spain is still minimal; in 2014 represented 5,8% of the market share (Source: IRIScantrack).

Canaletas manufactures since 2011 water cooler models with gas, mainly focused to central European market. With these models he expect to be ready to satisfy the need of coolers with sparkling water, once the consume increases in Spain.

Canaletas is a family company founded in 1965 which focuses its activity on designing and manufacturing different kinds of drinking water fountains and water coolers, and also commercializing water filters. It has more than 50 different models adapted to the requirements of the customer, as drinking fountains for companies, factories, home, schools ... etc. Placed in Barcelona, the company has delegation in Madrid and an extensive network of distributors covering the entire country. Canaletas is also present in Europe, North Africa and Middle East countries.

Nowadays, Canaletas is the most experienced manufacturer of water coolers and drinking water fountains in Europe and is characterized by its innovative spirit, which is represented by  numerous patents registered during its 50 years of history. The company, now run by the second generation, is known for the quality of its products that stand the test of time and have a longer "life cycle" than most of the other water coolers and drinking water fountains on the market.