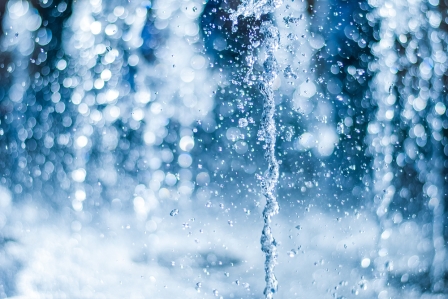 The actor Chuck Norris is now in the water business

CForce is the company that the actor Chuck Norris has recently launched, the product of which is coming to the US supermarkets at the end of January.

According to what the Vice President and Marketing Director of CForce, Tyler Norris, explains, the water comes from the natural aquifer located in a ranch property of the American actor. With nearly 5,000 squared meters of production space, CForce, located in the Texan municipality of Navasota, becomes one of the biggest private companies of the bottled water industry in Texas.

The fact that celebrities such as Chuck Norris are interested in the water industry entails a positive boost to all actors of this market, either in bottled water sector or drinking fountains and water coolers sector, which are manufactured by Canaletas.

Canaletas is a family company founded in 1965 which focuses its activity on designing and manufacturing different kinds of drinking water fountains and water coolers, and also commercializing water filters. It has more than 50 different models adapted to the requirements of the customer, as drinking fountains for companies, factories, home, schools ... etc. Placed in Barcelona, the company has delegation in Madrid and an extensive network of distributors covering the entire country. Canaletas is also present in Europe, North Africa and Middle East countries.

Nowadays, Canaletas is the most experienced manufacturer of water coolers and drinking fountains in Europe and is characterized by its innovative spirit, which is represented by numerous patents registered during its 50 years of history. The company, now run by the second generation, is known for the quality of its products that stand the test of time and have a longer "life cycle" than most of the other water coolers and drinking water fountains on the market.