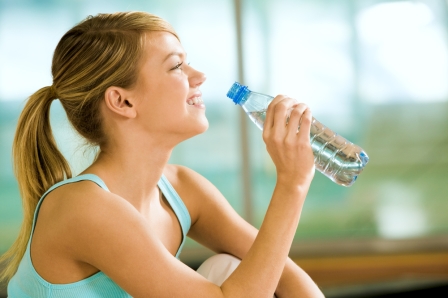 According to data published by the European Federation of Bottled Waters (EFBW),92% of the 5.331 million liters corresponds to natural mineral water, the rest is spring or prepared water.

Canaletas bottle water coolers models like Series 7 can be used with most of the small bottles of the supermarkets or with large 19 liters bottles.

Some municipalities promote the consumption of tap water in HO.RE.CA sector (hotel/restaurants/cafes)

An example is Debagoiena (Gipuzkoa),with the campaign 'Etxeko Ura', Kutxa Ekogunea and The Community of  Debagoiena have launched this initiative with the aim of reducing the environmental  impact caused by the plastic packaging.

Around 40 establishments have joined the campaign and will serve tap water in pitchers instead of plastic bottles, in order to remind to the customers this form of consumption.

The drinking fountains with purification filters, are widely used in the European countries for filling  pitchers and serve them to the clients in the HORECA sector.

Canaletas is a family company founded in 1965 which focuses its activity on designing and manufacturing different kinds of drinking water fountains and water coolers, and also commercializing water filters. It has more than 50 different models adapted to the requirements of the customer, as drinking water fountains for companies, factories, home, schools ... etc. Placed in Barcelona, the company has delegation in Madrid and an extensive network of distributors covering the entire country. Canaletas is also present in Europe, North Africa and Middle East countries.

Nowadays, Canaletas is the most experienced manufacturer of water coolers and drinking water fountains in Europe and is characterized by its innovative spirit, which is represented by numerous patents registered during its 50 years of history. The company, now run by the second generation, is known for the quality of its products that stand the test of time and have a longer "life cycle" than most of the other water coolers and drinking fountains on the market.