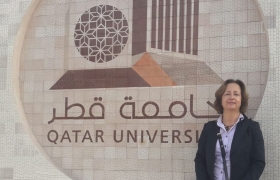 The company, founded in 1965 and with headquarters in Barcelona, indicated the ability to satisfy the different needs of the market as a key for continued growth each year. In the past year it has adapted its water coolers to environmental demands throughout Europe to combat plastic waste. As Paz Ausin, Canaletas export manager explains, “We have promoted drinking water fountains which use reusable bottles instead of single use plastic cups or bottles, an aspect which is having great success, given the greater awareness of the generation of plastic waste and the environmental damage it causes.”

Canaletas’ work in R&D in the launch of new products and the adaptation of existing products is reflected in these results. As Jose Antonio Moya, Canaletas sales manager indicates, “We offer some models of water coolers which are unique on the market due to their filtering performance and capacity for filling reusable bottles with cold water. These new models have been very well received by the market, and there is every indication that this trend will grow in the future.” Jose Antonio Moya highlights that “The demand for many of our traditional models which allow direct drinking from the water jet of the drinking fountain has also increased”.

70% of Canaletas’ sales are in Spain, the remaining 30% corresponding to exports. In foreign countries, Canaletas is involved in large projects, such as providing water fountains to universities, in 2019 equipping one of the centres of the University of Kuwait. The main areas in which Canaletas regularly operates are the European Union, the North of Africa and the majority of the countries of the Middle East, exporting to any country of the world.

Paz Ausin states that “In recent years, interest has grown in different countries of the world in facilitating access to water for citizens, and this has allowed us to enter different markets.” She continued, saying that “Additionally, Canaletas is established due to its quality in undertaking large projects with different entities such as hospitals and universities around the world.”

Positioned as a point of reference in its sector after 55 years of operations, Canaletas is a company which is also committed to the environment, as Jordi Morera, managing director of Canaletas states, “Based on the growing concern about the large amount of plastic waste generated, we are proud to be able to contribute to its reduction with water coolers.”

This concern for adaptation to reality, as well as the specific requirements of each market, allows Canaletas to frequently develop new products, creating specific products for each case. This is one of the keys to its success.

Canaletas, a family company founded in 1965, is a pioneer in the design and manufacture of all kinds of drinking water fountains and water coolers.

The company has its own offices in Barcelona and Madrid, and operates throughout Spain thanks to its network of distributors. It offers its own Technical Service for proper maintenance of the water fountains in accordance with the standards established by associations of the sector.

Exports represent around 30% of the company’s invoicing, mainly oriented toward Europe, North Africa and countries of the Persian Gulf.

Canaletas is the first European company to certify the sanitation system of its drinking water fountains and coolers, and compliance with the UNE 149101 regulation on water quality for human consumption.